In 1985, PUMA 560 became the first documented use of robot-assisted surgical procedure. (Samadi, n.d.) It is connected to a 1980 series controller that has a programming language called VALL II. Simple commands are translated into electrical signals that are needed to drive the robot. Laptops are used to send commands to the controller through a serial port. (Rutherford, 2012)

Kwoh and co-workers performed the first robotic surgery where PUMA 560 (a standard industrial robotic arm) was used to place a needle for brain biopsy using computed tomography (CT) guidance. However, at that point, PUMA 560 was not allowed for surgery purposes despite the fact that the robot could position itself automatically and very accurately. It was considered unsafe since the industrial robot was designed in a way that should not have any contact with people. As a result, Kwoh's work was ceased. (Gupta, n.d.)

The 1985 procedure led to the first laparoscopic procedure involving a robotic system, a cholecystecotomy, in 1987. Laparoscopic surgery, also known as minimally invasive procedure, is used in general surgery to examine abdominal organs. Laparoscopy was once been performed on young, healthy adults. However, the population now includes infants, children, the elderly, the obese, and those with chronic disease states, such as cancer. (E.Sisk and Granger, n.d.)

Laparoscopic surgery has replaced open surgery as the preferred treatment option for issues such as gallbladder removal. Large incisions on the skin and abdominal wall are avoided using laparoscopic approaches. These techniques avoid the intestines exposed to the room air during surgery. Dr Belsley (2012)

In 1986, Dr Paul and Dr Bargar developed the concept of ROBODOC. (Satava, 2007) Their goal was to create a robotic surgical system that would redefine precision in hip replacement procedures. In 1992, it made history by being the first robot to assist in a human Total Hip Arthroplasty (THA). (AVRA Surgical Inc, 2008) To date, ROBODOC System has assisted surgeons in more than 28,000 joint replacement procedures across the world. (ROBODOC,  n.d.)

The strengths of ROBODOC System include increase in accuracy for dimension and placement, the ability to “see” where the robot is milling and to have more consistent outcome. However, there are weaknesses to it. Time need for surgery and scanning has been increased and excessive heat is being generated during milling. On top of that, surgeons do not have the ability to intervene and the robotic unit is bulky too.

AESOP 1000 was designed for research applications by using a robotic development platform.  To facilitate this development system, it has to be connected to the PC through a serial port.  With the serial port, users can send data to and from the AESOP system.

Also, surgical staffs do not have to hold the camera in place. The motion of the camera that is attached to the robotic arm can be control by the surgeons.  This enables the surgery to be more precise and consistent movements can be seen from the camera. (Jones, 2011) 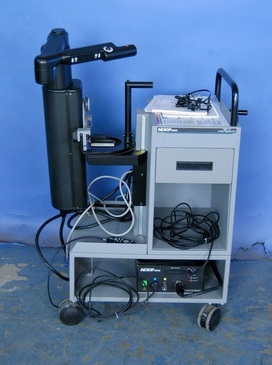 In 1996, Computer Motion, the world’s leading supplier of medical robots, announced the unveiling of its next generation product, AESOP 2000.

AESOP, which is pronounced as “eesop”, has the ability to understand a surgeon’s voice commands. This enables surgeon to use spoken English to control the position of a laparoscope.
Source: http://www.thefreelibrary.com/Computer+Motion+announces+AESOP+2000%3B+surgical+robot+capable+of...-a018082392 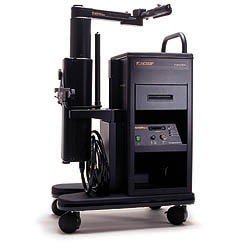 AESOP 3000 was designed to overcome present human limitations in surgery by means of advanced technology. It is created in the shape of a human arm allowing the surgeon to execute direct and precise control over the endoscope using simple verbal commands.

A medical video, connected to an optical tube, is introduced into the body of the machine in order to view the operation on a video monitor. Surgeons are able to perform minimally invasive procedures in the chest cavity with a high degree of confidence and effectiveness. This is because of the medical video camera as it is able to magnify the view op to fifteen times. (Orleans, 1998)
Source: http://www.hoise.com/vmw/articles/LV-VM-03-98-5.html

HERMES Control Center is a centralized system used to network an intelligent operating room (OR). It serves as a platform providing surgeons and operating room staffs with quicker access to information and increased control over their environment. [2] Fewer number of team members are also used to monitor and adjust peripheral devices. HERMES has a voice command and recognition system developed by Computer Motion, Inc. for broader functioning with multiple physicians.  (Orleans, 1998)